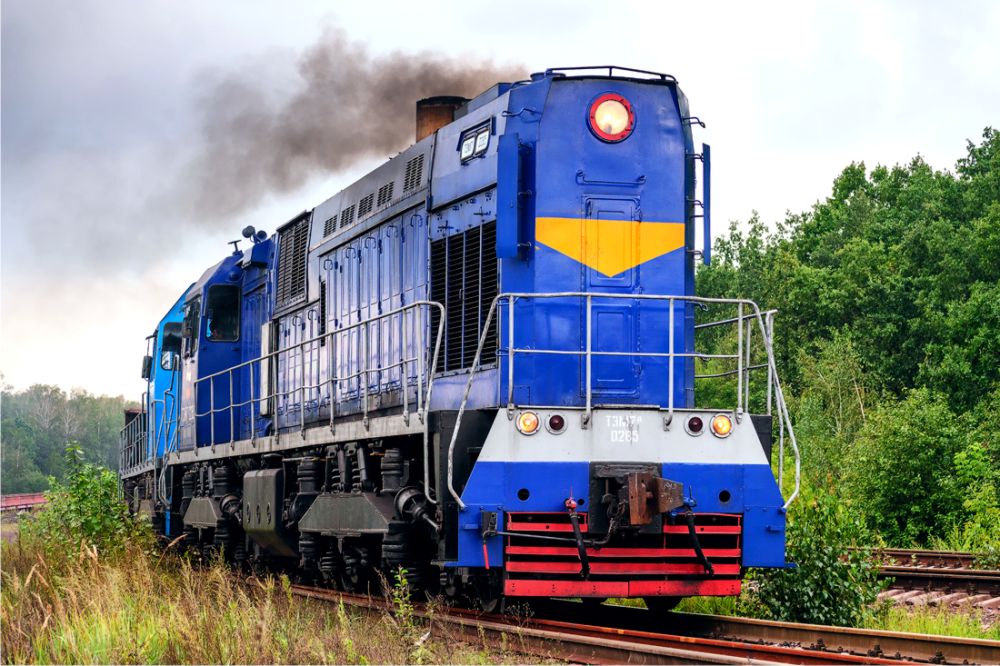 In 1975, the plant manufactured the first two diesel locomotives of the TEM7 series.

At TEM7, for the first time in shunting diesel locomotives, electrical transmission of alternating-direct current was used.

The locomotive has ballast in the form of cast iron plates with a total weight of 25 tons, of which 12 tons are removable; Consequently, it is possible to reduce the load from the wheelset to the rails with the corresponding changes in the nominal values ​​of the long-time traction force and speed.

This modification of the locomotive is manufactured by Lyudinovsky plant from 1988 to the present. As of July 2018, 552 diesel locomotives of this series were produced. Since 2008, a thoroughly modernized version of TEM7A has been produced, which, however, did not receive a separate letter in the name of the series and in the separate range of factory numbers. It is conventionally considered that the upgraded release TEM7A after 2008 have numbers starting from 0300.

Some improvements in the electrical circuit of the control circuit.

The cylinder is filled with compressed air through two pressure switches – its own for each four-axle bogie. In practice, this means faster actuation and tempering of the locomotive brakes.

A modified CA-3ml coupler coupled to an absorbing device through a cylindrical wedge — the coupler has become more reliable (on TEM7, an ordinary coupler, with a rectangular cross section).

The synchronous exciter and starter-generator are located above the main generator, and a drive from the 69th group of the diesel engine is received – just as implemented on 2TE116 a separate gearbox connected by an additional cardan shaft to the crankshaft of a diesel engine. Also, power is taken from this gearbox to drive the fan of the refrigerator).

The weak point of TEM7 is precisely the additional drive shaft of the drive of the synchronous exciter and starter-generator gearbox – the bolts of the drive shaft relax from vibration, and when not tightened, loosen, wear out and tear off completely.

When connecting to the car, in curved sections with automatic coupling, end cranes break, suspension brackets of end sleeves bend.

Differences of the modernized TEM7A after 2008 release from TEM7A until 2008:

Changed cabin interior: new control panels, increased usable cabin room space (due to the fact that cabinets for things were removed – now they are recessed into the cabin walls).

At least one of the early diesel locomotives of the TEM7 series (No. 003) has been altered to transfer the control panel to correspond to later versions of this series. A certain amount of TEM7A was purchased in 1992 by an American company to work in the port of Houston, but diesel locomotives did not pass US certification. As a result, some of them returned to Russia, while others remained in the United States. They had the numbers 1001-1011. They differed from the base model by the “American” location of the control panel – towards the small hood, and by the height of the cabin – at the level of the long hood. Some of the cars that returned to Russia were purchased by large firms: Lukoil, GasPromTrans, NovaTEK, V-Sibpromtrans, and others. The “American” range of numbers 1001-1011 corresponds to the “Russian” 0210-0220. 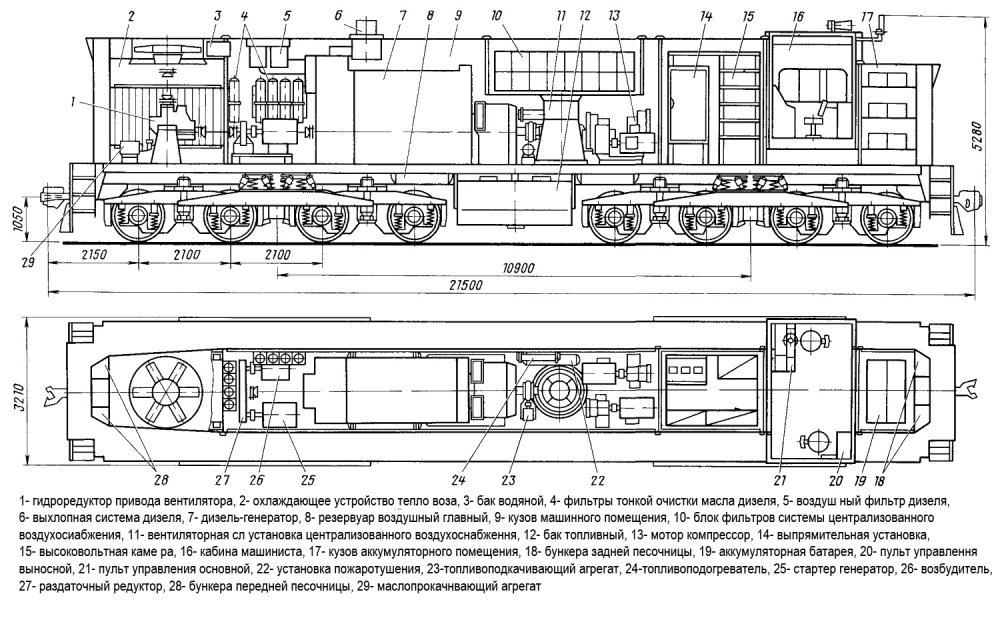