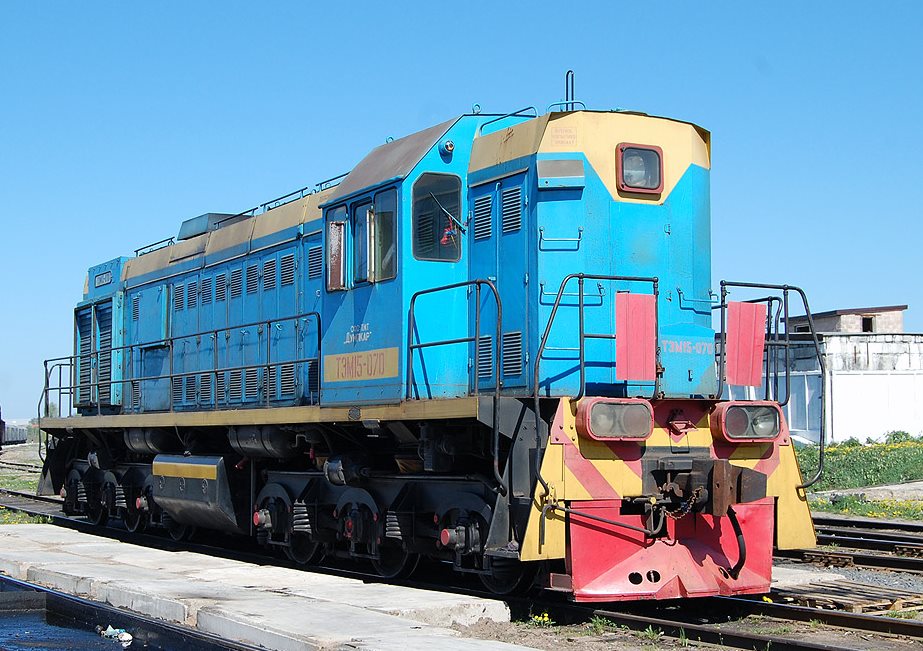 TEM15 (diesel locomotive with electric transmission, shunting, 15th type; the TEM-15 designation is encountered) is a Soviet / Russian six-axle shunting (axial formula – 30-30) locomotive. Structurally, it is a further development of the TEM2M diesel locomotive, from which it borrowed 6D49 diesel (produced by the Kolomna Plant), the body and the cabin. Built in 1987 at the Bryansk plant. Although the locomotive was originally created for Cuba (which went under the TEM15K series), the bulk of it went to the Soviet (and later – the post-Soviet) industrial enterprises. In 1995, in connection with the termination of the production of 6D49 diesel engines, the Bryansk Plant stopped the production of TEM15 diesel locomotives.