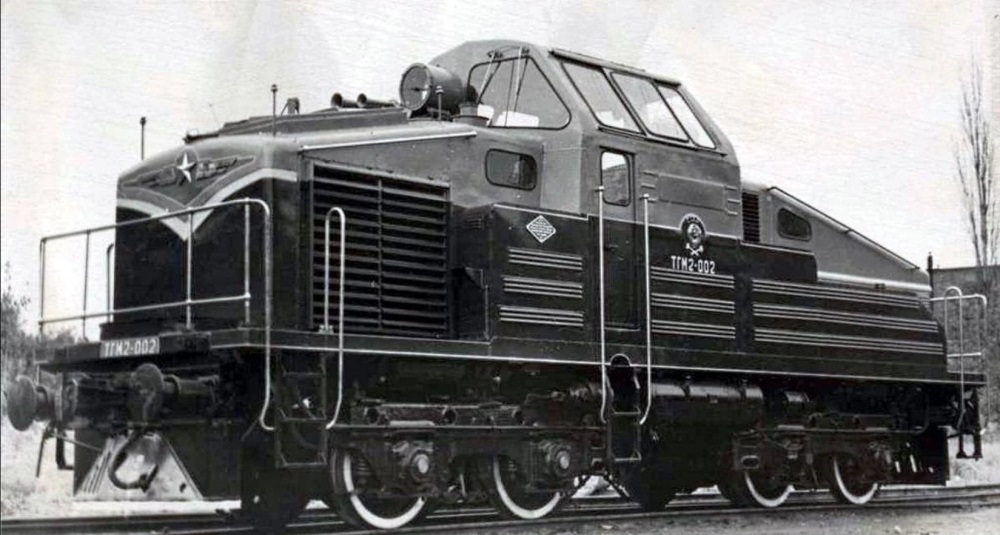 After the 20th Congress of the CPSU, which took place in 1956, at which it was decided to switch the railways from locomotives to promising types of traction, mass diesel locomotive building developed in a number of factories in the Soviet Union. In the same year, two plants at once, Murom (see TGM1) and Voroshilovgrad, produced the first Soviet shunting diesel locomotives with hydraulic transmission.

Later, one of the diesel locomotives was sent to the experimental ring of the Central Research Institute of the Ministry of Railways, where the unsatisfactory dynamics of the locomotive, namely, wagging on straight sections, became clear. With changes in the inclination of the plates of the side supports of the body, the locomotive wagged less in straight sections, but it did not satisfactorily affect the path in the curves. In addition, created in the transition period, TGM2 had an unsuccessful layout of the equipment, because of which, for example, the design of the oil system was difficult, and the excavation of the hydromechanical system was significantly hampered. There were also a number of minor design flaws, including inclined driver cab windows that obstruct the view.

In connection with the loading of the Voroshilovgrad Diesel Locomotive Plant with the release of diesel locomotives TE3, the TGM2 drawings were transferred to the Lyudinovo Diesel Locomotive Plant. Due to the above structural defects, the Lyudinovsky Plant produced only 3 diesel locomotives: in 1958, TGM2-003, in 1959, TGM2-004 and TGM2-005. Compared with Voroshilovgrad, Lyudinovskie TGM2 had minor design changes.

In the same year, 1959, the Lyudinovsky Plant began to build TGM3 diesel locomotives, which were created by fundamentally changing the design of TGM2 locomotives.

TGM2 had a bonnet body with a cabin located in the middle, that is, the body was externally similar to the body of a coke-quenching electric locomotive. The crew part consisted of two biaxial carts with individual spring suspension.

A V-shaped four-stroke twelve-cylinder M750 diesel engine with turbocharging and direct fuel injection was installed on the locomotive. Having a piston diameter of 180 mm and a piston stroke of 200 mm, the engine developed a power of 750 hp at a frequency of 1400 rpm. The torque moment from the diesel engine was transmitted to the hydromechanical transmission, then through the shafts to axle gearboxes, and from them to the driving wheel sets.