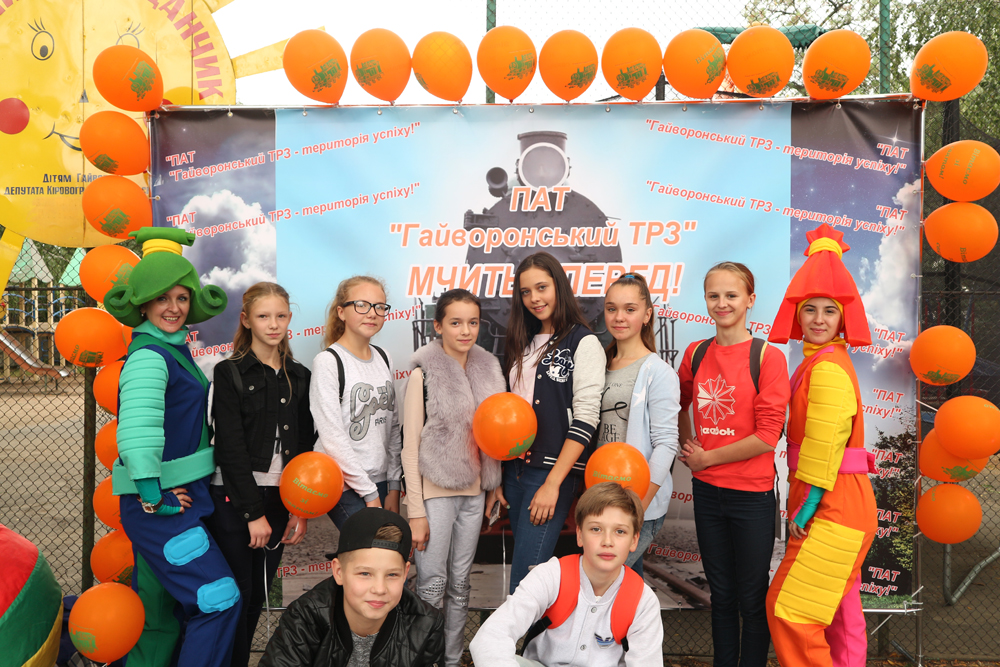 The team of “Haivoron Diesel Locomotive Repair Plant” PJSC congratulated the residents of Haivoron on the 265th anniversary of the city. In the course of the solemn part the General Director of the plant Vladimir Pilipishin delivered the speech in which he noted that many generations of Haivoron’s residents, who worked here as dynasties, has contributed to the development of the enterprise and its accurate work. Then the floor was taken by the head of the personnel, labor and wages department Mikhail Savkov, who wished the city and its inhabitants growth and prosperity, so that Haivoron became more beautiful every day, so that everyone loved his city and tried to contribute to the common good.

In their turn, the shareholders of “Haivoron Diesel Locomotive Repair Plant” PJSC did not leave the city on its birthday without a present – the animators worked at the entrance to the stadium – the children favourites – the characters of the animated cartoon “The Fixies”, who played with children, held contests, and presented toy balloons. In addition, the photo wall was installed, where everyone could take a picture as a memento of this wonderful day on the back of the symbol of the plant – the locomotive, on which it was proudly noted that from now onward “Haivoron Diesel Locomotive Repair Plant” PJSC is the territory of success and rushes onwards and upwards!
But with this pleasant surprises from the shareholders of the plant did not end. In the evening, the festive fire show was organized for residents and guests of the city; it was repleted with unusual special effects, which did not stop even the rain.
But the main gifts were children’s laughter, good mood and real pride for native city!

Those who attended the Haivoron Day! The photo report – for you (download here)! Do not forget to find and download your photos! And also there is the opportunity to view again the incredible fire show organized by the new management of “Haivoron Diesel Locomotive Repair Plant” PJSC (download here).