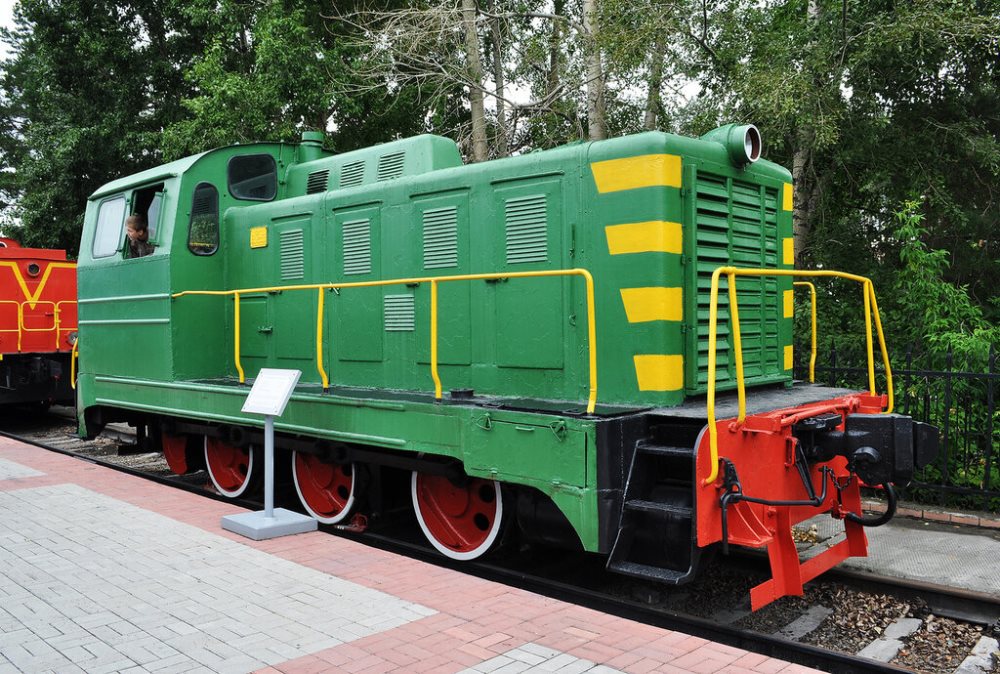 In the process of producing a diesel locomotive, a number of changes were made to its design, concerning the scheme of electrical equipment, diesel engine management system, batteries, etc.

The body of the locomotive is of bonnet type, rigidly connected to the frame. Under the driver’s cab there is a baffle shaft connected to moving wheel pairs, which in turn are coupled, like a locomotive, with the help of steam guns. Diesel engine – twelve-cylinder four-stroke 1D12-400 with a capacity of 400 liters. with. production of the Barnaul plant.

At the first locomotive of the series, as well as at several subsequent ones, instead of the hydrotransfer of the Murom plant, the hydrotransfer of the German concern Voith GmbH was established, which was in fact exclusively building diesel locomotives for the whole world. The torque from the diesel to the wheelset was transmitted through the torque converter or one of the two hydraulic couplings (in various operating modes). The brake system was serviced by a compressed air compressor that was driven by a diesel engine. The driver controller had sixteen positions. Also in the management of the locomotive involved electromagnetic and electropneumatic valves. The water boiler was used for heating the driver’s cab and heating the oil, fuel and water during the cold season. However, the operation of the boiler was unreliable and in the future, instead of the boilers, the diesel was heated, and the driver’s cabin was heated with a heater.

To date, a number of TGM1 diesel locomotives have been preserved, both as exhibits in railway museums in the CIS and on the go, mostly owned by industrial enterprises. One of the oldest such diesel locomotives, TGM1-1503, built in 1963, operates in the SMP-738 Beltransstroy OJSC (Minsk).

The maximum speed of the train mode is 50 km / h 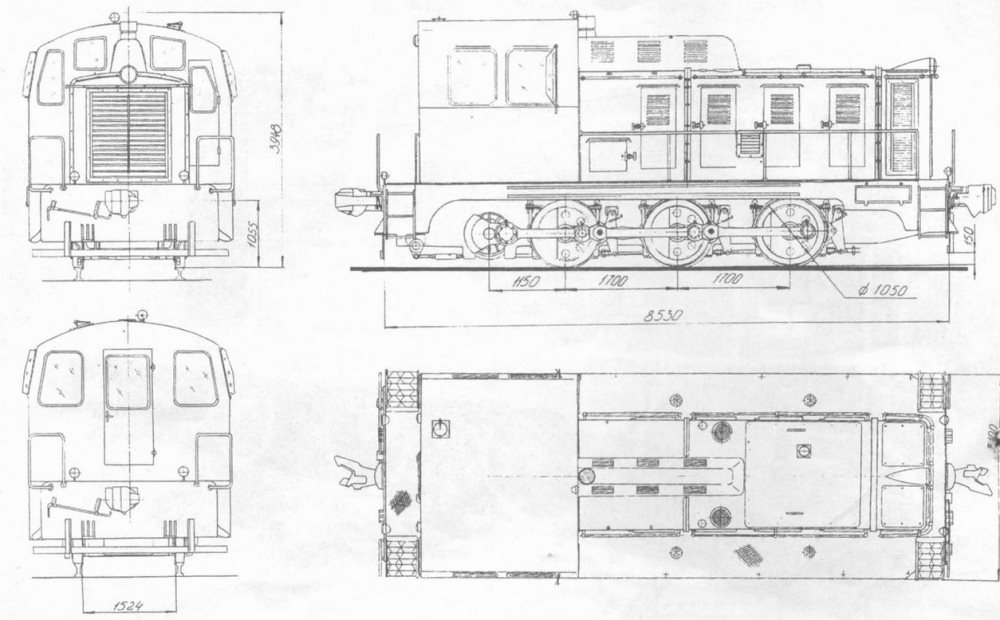