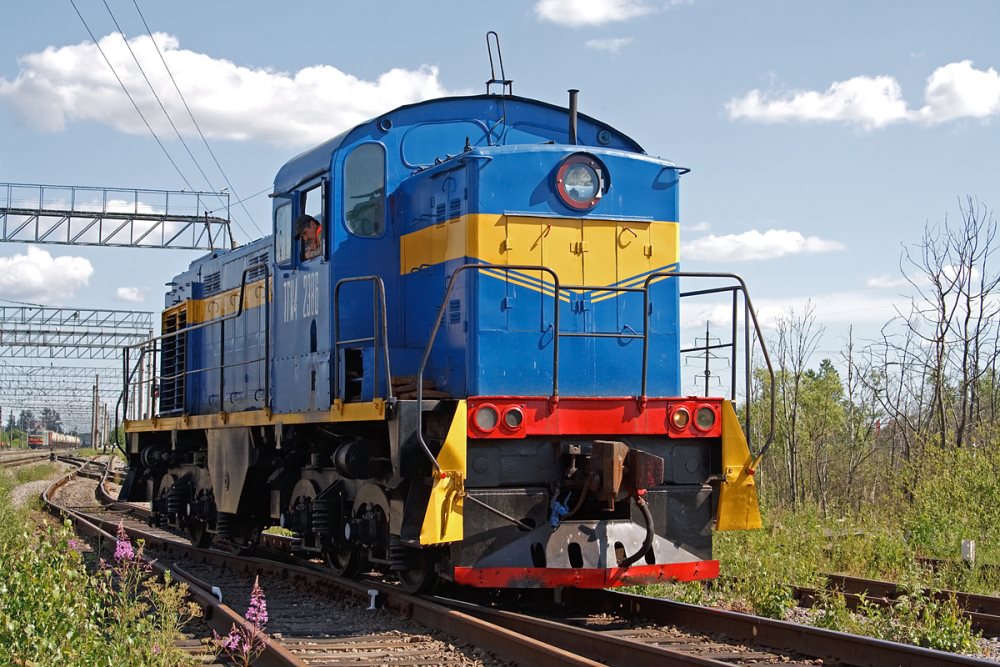 The TGM4 locomotive is intended for shunting and technological works on railways of various kinds of enterprises. The equipment of diesel locomotives is mounted on a welded frame, which transfers the load to the rails through biaxial bogies, all axes of which are driving.

TGM4 (diesel hydro-mechanical transmission, shunting, type 4) – a four-axle diesel hydro-mechanical transmission, designed at Lyudinovo Diesel-Locating Plant based on diesel locomotives TGM3 and TGM6A. TGM4, in fact, is a continuation of TGM3, but with a new diesel engine instead of the not entirely successful M753. The diesel locomotive has a four-stroke six-cylinder diesel 211D-1, 211D-2 or 211D-3 (type 6CHN 21/21 according to GOST) with supercharging and direct fuel injection. At 1,400 rpm, the diesel engine produces 750 hp. The TGM4 locomotive has a ballast weighing 15 tons. The first prototype of the TGM4 diesel locomotive was manufactured in 1973. Total built 2659 sections.

It differs from TGM4 in that only 3 tons of ballast are laid on it, while the coupling weight was 68 tons, instead of 80 tons in the basic version of the diesel locomotive. As well as modifications TGM4 and TGM4A have different axial gearboxes.

The first prototype of the TGM4A diesel locomotive was manufactured in 1971. A total of 2918 cars were built. In 1989 he began to be manufactured under the series TGM4L, where “L” means light.

The first prototype of the TGM4A diesel locomotive was manufactured in 1971. A total of 2918 cars were built. In 1989 he began to be manufactured under the series TGM4L, where “L” means light.

TGM4A and TGM4 are equipped with UGP750 / 202PR2 hydraulic transmissions setting the locomotive in motion, while the maximum speed can be ensured:

Deeply modernized diesel locomotive, created on the basis of TGM4 and unified with TGM6D. Another diesel engine was installed: 211D3M (814 hp), while the design speed increased from 55 km / h to 65 km / h. Some of the locomotives were supplied with a cabin similar to the TGM6D, and some had cabins similar to those of TGM4A (up to about 300 numbers, except for numbers 0001 and 0002). Built at least 1085 sections (as of June 2017). From the 984th number it is issued on jawless carts. From August 2, 2017, the production of diesel locomotives of the TGM4B series has been discontinued due to the fact that the design features of these diesel locomotives do not allow to implement the requirements of the ТР ТС 001/2011.

Locomotive TGM4B with reduced coupling weight to 68 tons. In small quantities produced (and according to the latest data is currently being produced in one-off copies) for export. In the early 1990s, eight TGM4BL diesel locomotives were manufactured in a tropical design for export to Cuba, but were never sent to the customer. Later they were converted for use in the climatic conditions of middle latitudes and sold to some industrial enterprises of the CIS, but for some reason left with the Cuban series 37.

The TGM4B-UGMK locomotive is the result of a deep modernization of previously produced locomotives of the TGM4 series of various indices. The modernization is being carried out by the Shadrinsk Auto-Aggregate Plant under the project of Woodward-MEGA. During the modernization, all components and assemblies located on the main frame, including the cab and body parts, are dismantled and replaced with new ones. No changes are made to the design of the crew part. The design of the carts does not change, only their repair is carried out, including the restoration of wheelsets, automatic couplers, etc. 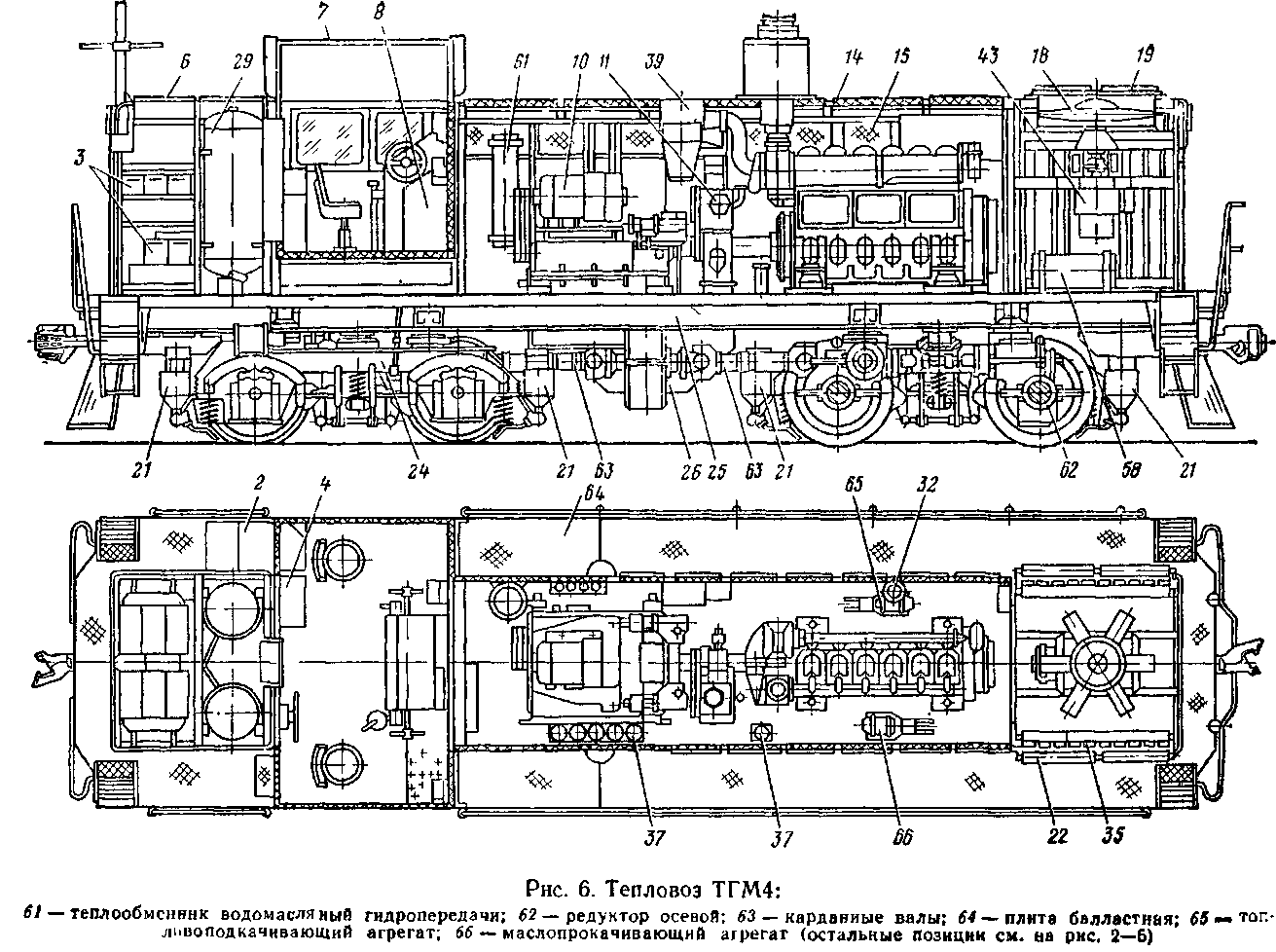 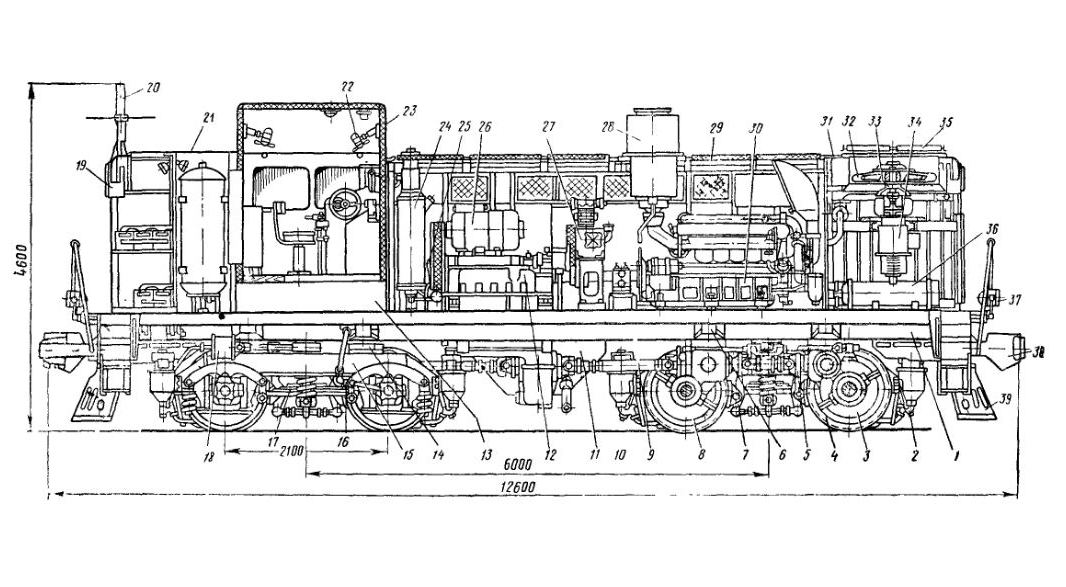