Part 8. The second revival of the enterprise after the liberation of Haivoron

The peaceful days have come to Haivoron. At the order of the Ministry of Railways, evacuated employees went to Haivoron from the Alatyr plant for the restoration of the enterprise. The second revival of our plant was begun.

What the occupying authority, which was at the plant during the period 1941-1944, left behind. As a result of military actions, the roofs of the workshops were damaged and became useless. Glasses in almost all windows were knocked out. Gates and doors in the production premises were damaged and demanded replacement. The premises of the repair and construction workshop were destroyed because of the air bomb direct hit. The equipment, which the fascists did not have a chance to take out, was remained in small amounts.

And yet the work has gradually begun. The former workers were invited to the plant, and some people themselves also came and offered their services. First, the electric motor, with a capacity of 50 horsepower, was repaired, and also three turning machines and one milling, planing and grooving machines were installed. By the forces of the staff railway tracks were restored, and dumps were cleared. In the workshops, the broken glass was collected, and the windows were nailed up with plywood, boards. The roofs were “patched” with sackcloth or rag, wetted in oil.

The plant also received military equipment, which was made here in the spring of 1944. And by May 1 of the same year, the plant workers finished the repair of the first steam locomotive. 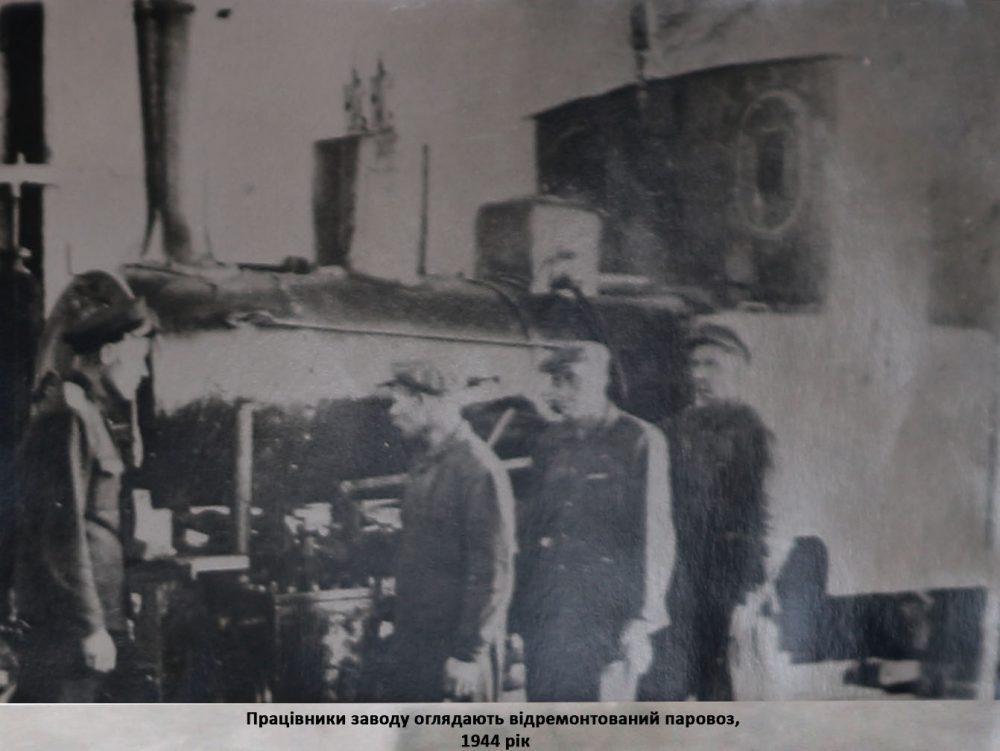 Due to the lack of oxygen in the balloons at the plant, it was not possible to apply argon welding and metal cutting. This fact, in turn, hampered the process of locomotive repair. Then the plant workers used the information of the former guerrillas who reported that the German military technical unit was defeated by the bush-fighters in Kishev Forest. When they went there and examined the place, they discovered oxygen balloons, electrodes and other materials necessary for repair. They were delivered from the forest to the plant by a horse cart. At the same time, the workers brought from the house the tools and materials that they hid at home when the Germans retreated.

So, using internal reserves, the equipment has been put into operation and the volumes of repairs have been increased. Simultaneously with the increase in the number of employees, the technical assistance was provided to the locomotive and wagon depot, permanent way division and other enterprises… (to be continued)