On November 2, 2018, in Haivoron since the very morning near the festively decorated front security gate of the plant- anniversary celebrant there were music and laughter, flashes of cameras and cheerful citizens, who took pictures as a memento near the brand wall set in honor of the main holiday – 120th anniversary of “Haivoron Diesel Locomotive Repair Plant” PJSC . The animators entertained children and passers – they played, danced and presented toy balloons to everyone. 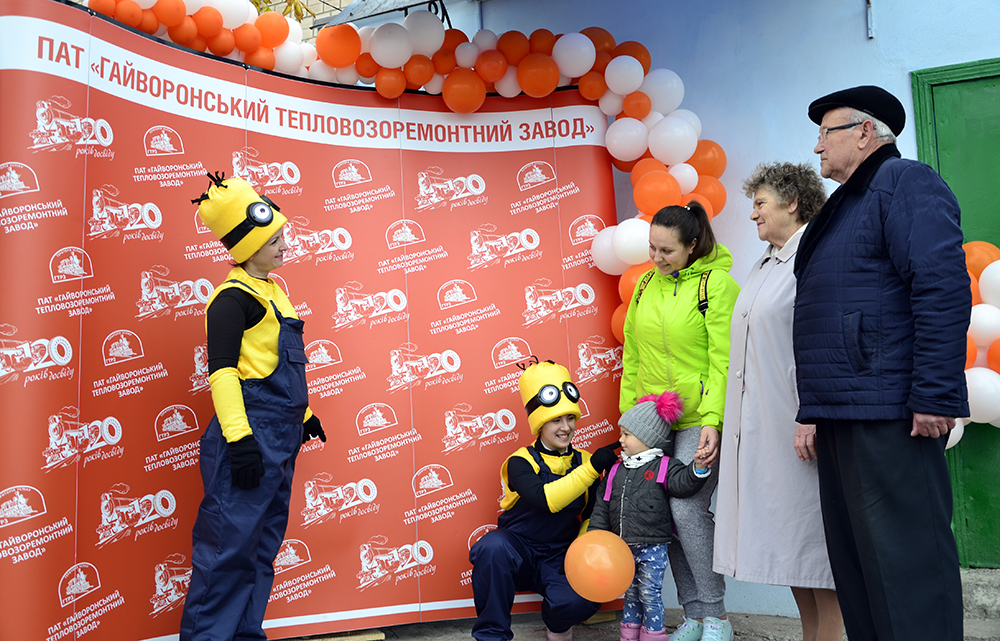 At the enterprise, the working day was reduced on this day, so that the plant staff could fix themselves up for the festive official part, which was held in the District Cultural Centre. The entrance to the concert was free, but the honorary residents, including veterans of the plant, have received personal invitations in advance.

During the official part, the word for congratulations was given to the heads of the district, namely to the Head of the Haivoron District State Administration Yury Klimenko, as well as to the Head of the Haivoron District Council Dmitry Graboviy. Distinguished guests noted the role of “Haivoron Diesel Locomotive Repair Plant” PJSC in the development of industry in the region, wished strength, inspiration and new labor achievements, and also presented Gratitude to the management and staff of the plant from the District State Administration.

Later, the enterprise commercial director, Yevgeny Fomin, took the floor. He conveyed congratulations from the Head of the Plant Supervisory Board, Roman Kuzmin, who was unable to personally attend the celebration. The leaders, besides congratulations and wishes for further development, reminded the plant employees that only by joint efforts it would be able to move forward and win new horizons.

Of course, one of the most expected events was the speech of the General Director Alexander Trunov. Taking the welcoming word, Mr. Trunov noted that such a large-scale enterprise, with significant potential and capacities for further development, like our plant, is the impersonation of the history of the whole city, that he is proud of the plant and its team. However, in order to overcome the difficulties that now exist at “Haivoron Diesel Locomotive Repair Plant” PJSC, the all staff must work as a whole to realize all goals and expectations in the future. 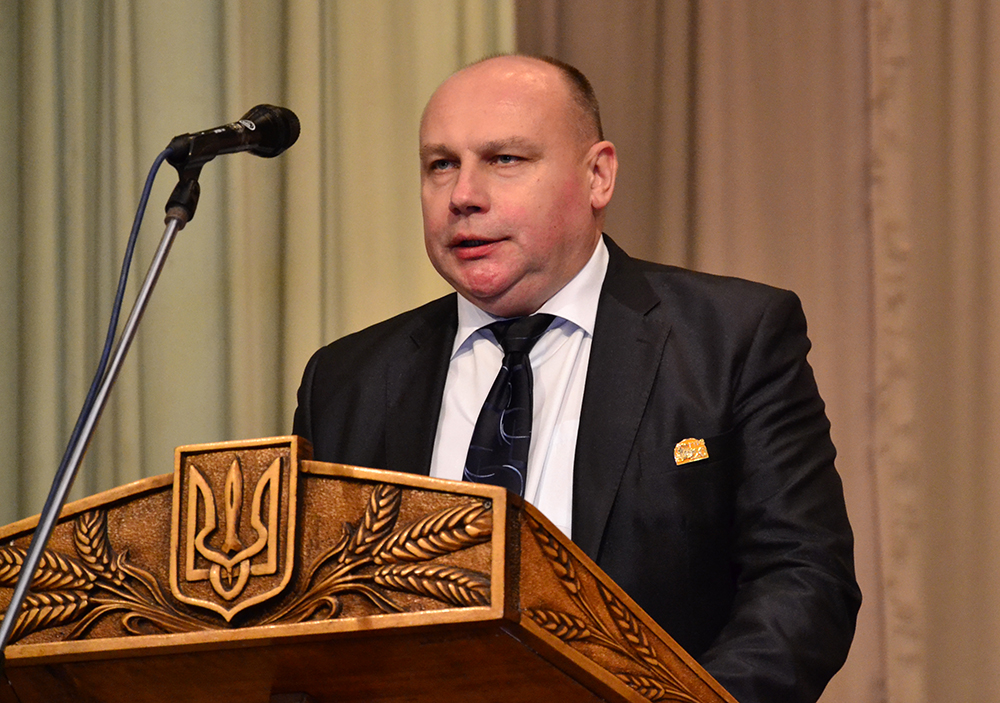 The holiday was also attended by distinguished representatives of the Haivoron City Council. The City Council Secretary, Alexander Kovtonyuk, in his welcoming speech expressed sincere wishes of success to the plant staff, fruitful work and personal happiness to everyone. On behalf of the Mayor, Roman Voluiko, the management of the enterprise got Gratitude and souvenir gifts.

In addition, Irina Parshoguba, Head of the Department of Culture, Tourism and Cultural Heritage of the Haivoron District State Administration, Halina Kotova, Director of the Sports School “Lokomotiv”, Nikolay Ryabokuchma, the Head of the District Council of Veterans, were invited for the welcoming speech. The honorary guests congratulated the plant staff on the holiday, wished new achievements and granted Merit Сertificates and Gratitudes from their institutions to the management of the enterprise.

On the occasion of the anniversary, the plant published the book “Haivoron Diesel Locomotive Repair Plant. 120 years of experience. The combination of traditions and modernity”, co-authored by Alexei Pavlichuk. He was also accorded the right to speak a welcome word. Several copies of this book were immediately presented to the local History Museum. 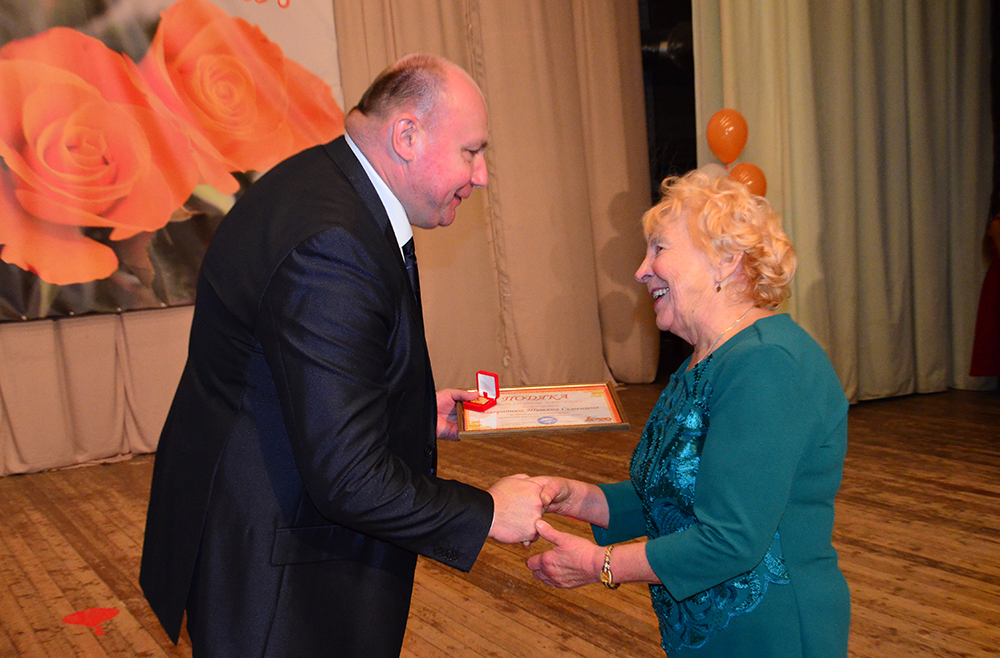 It should be noted that, in gratitude, the management of “Haivoron Diesel Locomotive Repair Plant” PJSC received the Gratitude from the enterprise staff, which was pronounced from the stage by Larisa Hutsol, the occupational safety engineer, and Mikhail Savkov, the Head of human resources.

During the ceremonial part, between the speeches and the awarding, the talented artists of the District Cultural Centre, pupils of the daycare center “Rainbow”, children of local on-stage performance groups entertained the guests with dances and musical numbers.

At the end of the day, the grand fire show was organized, which drew a bright line under the celebration of this Birthday of the “Haivoron Diesel Locomotive Repair Plant” PJSC.

Thanks to everyone who helped organize celebrations and came to share the joy of the holiday with the plant workers! 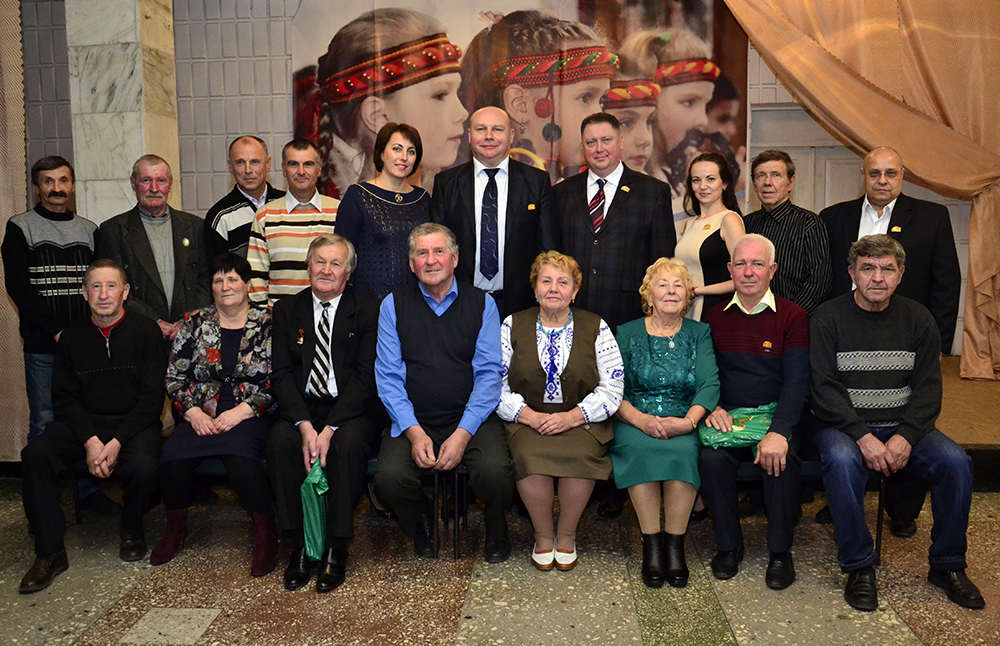 “Haivoron Diesel Locomotive Repair Plant” PJSC continues to operate at full capacity, in spite of any difficulties. The products of our enterprise are still in demand, are distinguished by quality and reliability, and the employees are true professionals in their field.

We sincerely congratulate everyone on the 120th anniversary of the enterprise and the Railway Employee Day of Ukraine! We wish well-being, happiness, career progress and continuous self-improvement in favorite work!